So when was the first record office established in Gloucester? 1930s? 1940s? 1950s? Well, thanks to a chance conversation a year or two back I think I now have a more radical, and surprising, answer. I was chatting to Giles Standing, then The National Archives Transforming Archives trainee at Gloucestershire Archives (and now working for the Diocese of Lichfield). It transpired that we had both studied Roman archaeology, and had both been involved in publishing. Moreover, Giles was editing for book publication the collected essays of his former tutor at the UCL Institute of Archaeology, an eminent scholar of Roman Britain, Mark Hassall (whom I then only knew by reputation). And, since I still operate as a small publisher in my spare time, would I be interested in publishing Mark’s work?

Yes, of course! And now, two years later, I find myself typesetting Mark’s essays (meticulously edited by Giles), which happen to include a paper on ‘The Tabularium in provincial cities’. The Latin word tabularium means record office (or to put it in modern parlance, ‘heritage hub’!) and Mark had assembled evidence from Roman sites in continental Europe about what archives such an office might contain. He prefaces his remarks with the caveat that there is hardly any evidence from Britain itself, but that (because Roman bureaucracy was pretty standardised) what he describes is very likely to have existed in the cities of Roman Britain, and especially in the coloniae, of which Gloucester (Glevum) was one of three.

He then goes on to list the categories of archives, and they begin to sound eerily familiar. There would have been the city charters and constitutions, lists of magistrates and councillors, minutes of council meetings, decrees (perhaps the equivalent of our local byelaws), maps and surveys, contracts and leases. By analogy elsewhere, the Roman record office would have been a room or office attached to the basilica (or town hall) and presided over by the tabularii publici curator, the city archivist.

As a young man Mark was involved in archaeological excavations in Gloucester and Cirencester, and his tabularium essay was originally published in a tribute volume to an archaeologist whom he had worked under in Gloucestershire, John Wacher. Although his paper does not mention it, Mark would know well that in Gloucester the site of the basilica was excavated in the late 1960s and is now occupied by Marks & Spencer. The Emperor Nerva, who in 97 AD was apparently responsible for founding the colonia of Gloucester (and presumably therefore for instigating the first city archivist to look after its first charter) sits astride his horse nearby. I walk past his statue every day – from now on I’ll treat him with a little more respect. 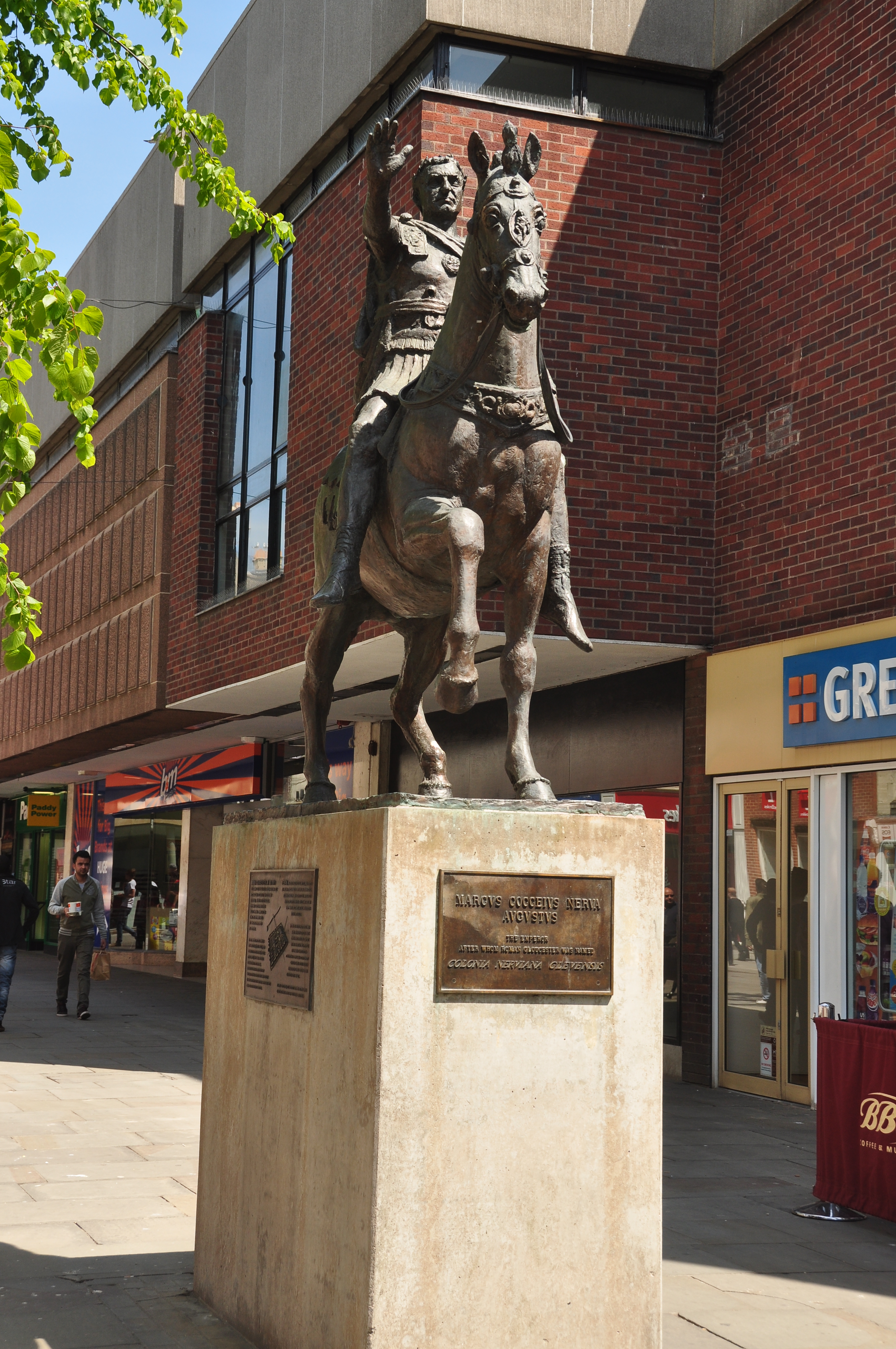 For the last of our archaeological blogs, we’re looking at what the results of the excavations might mean in terms of what was happening here in the past.

In broad terms, the results from the trenches that were dug can be summarised as follows END_OF_DOCUMENT_TOKEN_TO_BE_REPLACED

Last time we looked at the archaeological digs that took place at Alvin Street, and this post is going to look more closely at the items they unearthed.

In total around 160 finds were recovered from the three trenches, including lots of pottery, fragments of clay pipes, worked bone, metal artefacts, building materials and over 7kgs of animal bones!

There is an old saying in the county ‘Scratch Gloucestershire – find Rome’ and the excavations certainly reinforced this point. END_OF_DOCUMENT_TOKEN_TO_BE_REPLACED

If you’ve been following our recent blog posts you’ll know that we’ve been exploring the history of our site, just off Alvin Street in Gloucester, as part of the “For the Record” project.

We’ve looked at documents about this building’s history as Kingsholm School, at maps showing the plant nursery that was on this site in the 1850s, and at a map of Gloucester’s civil war defences showing this area.  What we didn’t know much about was the site’s earlier history, which is where the archaeologists came in!  END_OF_DOCUMENT_TOKEN_TO_BE_REPLACED