Earlier this year, we were pleased to receive a large deposit of over 500 minute books, documenting the business of South Gloucestershire Council, mainly for the period 2005-2009. This was the latest addition to our existing holdings for South Gloucestershire Council, and all predecessor authorities for this region, dating from the 1890s up to 2009. 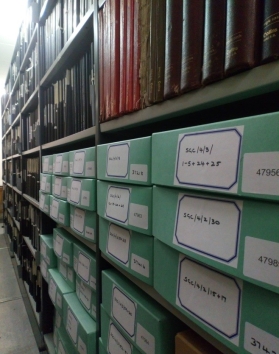 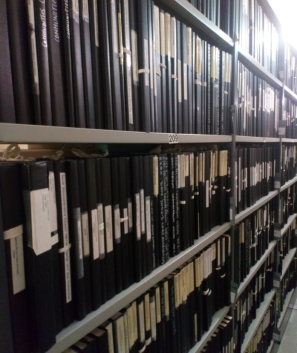 On the 1st April 1974, the southernmost part of the county of Gloucestershire ceased to be under the control of Gloucestershire County Council. The old district councils of Thornbury, Sodbury, Warmley, Mangotsfield and Kingswood amalgamated to become the newly created and separate authority of Northavon District Council, under the jurisdiction of Avon County Council.  A record office was not set up for the new county. Archives relating to the City of Bristol were still cared for by Bristol Archives, but neither they nor Gloucestershire Record Office, as we were then called, had the authority to look after the records of parishes in Avon which were outside the city boundaries.

However, in 1996, Northavon District Council was abolished and replaced with the current unitary authority, South Gloucestershire Council. One of the new Council’s first actions was to establish a heritage forum, a focus group comprising members of local history societies and other related organisations, to advise the Council on the needs of council tax payers in the heritage field.

From 1998 the new unitary authority bought into Gloucestershire County Council’s archive service and so once again the old shire county has the care of the archives down to the Bristol boundary. 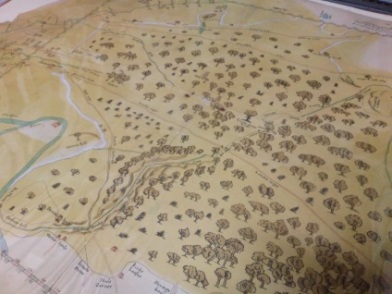 To discover what lies within our extensive collection of archives relating to the South Gloucestershire region please see our useful guide which also gives details of relevant archive material held at other locations nearby including Bristol Archives and Yate and District Heritage Centre.

Also, don’t forget that there’s still time to see the Tales of the Vale exhibition, which is at the Heritage Hub until the end of September.  The exhibition is accessible 10.00-17.00 Monday-Friday, and is free to view.  It celebrates the history and resident’s memories of the Vale area, and is an element of A Forgotten Landscape.  There’s a South Gloucestershire Council connection with this Heritage Lottery funded project, as the Council was one of the partners involved in its delivery.  You can find out much more about A Forgotten Landscape by checking out its website, http://www.aforgottenlandscape.org.uk/.

The Tales of the Vale exhibition

Accompanying the Tales of the Vale exhibition while stocks last are free books, giving details of the project and its contributors.  Also included is a c.d., which includes recorded excerpts from oral reminiscence interviews that collected the memories of local residents aged between 14 and 95!  The exhibition includes a listening post where you can hear more of these memories.

The complete master recordings of all the collected interviews have been deposited by South Gloucestershire Council at the Archives (D14802).  These are accompanied by a partial transcript giving the key points of the interview, and there are also photographs of the contributors and some of the items that they discuss during their interviews.  The master recordings can be heard here by prior appointment, but there’s no need to book to visit the exhibition next week.  Catch it while you can!