As part of our ongoing partnership with Ancestry, images of additional resources have been added to the Gloucestershire’s section of the Ancestry web site:

To mark this launch on 16 June 2016, Liz Jack, author of the book A Rogue’s Gallery: Victorian Prisoners in Gloucester Gaol, has kindly provided this article about the youngest and oldest prisoners to be photographed in Gloucester gaol in the Victorian period:

In Victorian times, there was no distinction between children and adults when it came to custodial sentences.  Some children as young as three were known to have been incarcerated alongside adults.

The justice system was particularly hard on young offenders, presumably in an attempt to turn them away from a life of crime.  Many of them received anything up to twelve strokes with the birch rod, which was a particularly unpleasant form of beating and frequently drew blood from the recipient. 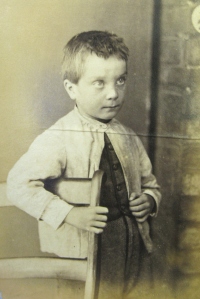 The youngest prisoner held in Gloucester Gaol was seven year old Edgar Kilminster who was sentenced with his older brother, Joseph, in 1870 to seven days hard labour and given twelve strokes with the birch for the trivial offence of stealing sweetmeats.  Imagine the feelings of those two small boys, taken from their family at such a tender age and incarcerated in the prison where separation or silence was the rule.

Edgar was the second of nine children of William Kilminster and his wife Harriett.  The family lived in the small village of Chalford where William worked as a cordwainer and where all his children were born.  When imprisoned, Edgar was described as having brown hair, grey eyes, a light complexion and a scar by his left eye.  He was only 3 feet 10 inches tall.  His brother, Joseph, although two years older, was actually one inch shorter and had brown hair, blue eyes, a fresh complexion and a hare lip.  They were sentenced at Stroud Petty Sessions.

Edgar and Joseph Kilminster, two boys, received 12 strokes each of a birch rod at 9 a.m.

After serving their sentence, the boys returned home, and were not recorded in the prison files again. 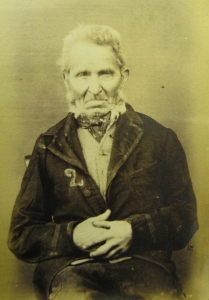 William Lord was the oldest prisoner photographed in Gloucester Gaol, being 79 years old when he was remanded in custody in 1869.  Born in Ashbury, Berkshire, to William senior and his wife, Mary, William Lord later moved to Kempsford in Gloucestershire where he married Hannah Edwards in 1815.  His final gaol record listed him as single but he had been widowed for over twenty years by then.  He was described as being five feet two inches tall, with grey hair, grey eyes and a fresh complexion.  He had a cut left wrist and the second finger on his right hand was contracted.

William was charged with stealing a quantity of timber at Kempsford and found guilty of larceny.  He was sentenced to 6 months hard labour and 7 years of police supervision thereafter, the severity of the sentence reflecting his previous convictions.  His record stated that he had been known to the police for 20 years and had been gaoled for stealing before.  But William did not complete his sentence.  His health was giving cause for concern as the chaplain regularly recorded in his journal that he had visited the sick, one of whom was William Lord.  On 9th June 1870, the governor wrote in his journal:  ‘Her Majesty’s pardon for William Lord received – who is discharged.’

A note on his record states that ‘William Lord was removed to his home in charge of Hospital Warder Mr Clutterbuck.’

Sadly, his ill health continued and William died before the end of September 1870.